Cremation in the Bible - What is it Really? 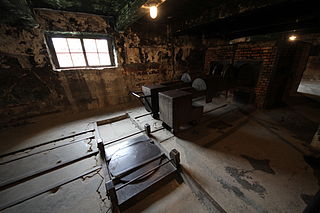 What does the Bible really say about cremation? In fact there is not one word in the entire Bible that directly mentions or depicts cremation. Instead, both Old and New Testament scriptures speak about burial as the custom for the Israelites only and not as being the norm for all people of ancient times. Therefore, cremation was not always a common form of death for those who lived during those years.

The practice of burying the dead can be found much later in the Bible, some thirty to forty years later in the New Testament. Though the earliest Biblical writings do not mention or speak about cremation, it is recorded that after the crucifixion of Jesus the women buried him with his mother in the grave for nine months and then took their own good-byes and went into their homes. The tomb was then looted and no remains were ever found. For this reason the biblical writer did not relate any more about the death or burial of Jesus. For this reason, the Christian tradition of cremation has a much longer history than the religious traditions of cremation that developed later.

Cremation in the Bible does not require any kind of funeral service. The burial and cremation are acting which were done long before the beginning of Christianity and are referred to as being contrary to nature. No act of burial or cremation in the Bible would be necessary if the human remains had been buried in a shallow grave. Burial in the Bible does not require embalming either. The addition of embalming to a burial could be seen as having been added on later, as a result of the popularity of cremation among the early Christians.

Although cremation is not mentioned in the New Testament book of Hebrews or the Book of Revelation, it is mentioned in the book of Acts. The followers of Jesus didn't mind the fact that their bones were ashes. This fact was to be used against the pagans who worshipped the dead. In fact, they wanted to practice baptism and burial with their bodies but were stopped by the apostles. Cremation in the Bible has a much deeper history than we think.

The early Christians didn't believe in cremation because they weren't sure about the resurrection of their loved ones. They also didn't like the idea of using tombs for burial. The early Christians thought that the bodies of their beloved dead loved ones were just bones and not human beings. This is why they cremated their bones because they did not want to disturb the Sabbath, which was the Jewish holiday on which they died and were buried.

There is no way to prove that the early Christians knew something that we don't know today about the creation account in the new testament. However, many Christians do use the Cremation in the Bible stories as an explanation for why they did not want to be buried with the dead. They thought that they were to be resurrected at some future time so that they could have a body to be put in the tombs. Christians believe that when the dead bodies were placed in the tombs, the spirits of the deceased would be guided by the holy spirit to visit those who would be resurrected.

If you read the Genesis, you will find that the flood occurred because the world didn't have any grains of wheat or barley to eat. This caused Noah to build an aqueduct to carry water to the surface of the ground so that grain could be sown. When the flood ended, the aqueduct was buried under the great deep floodwater. Noah lived in the era of dinosaurs, so he was born some 65 million years ago, long before man existed on earth. Many scholars believe that the Genesis accounts may be true, although there are those who question the details of the story in the Bible.

The Egyptians also had a very similar belief about their tombs. They believed that the dead bodies of those who die and are buried with the stones would rise up to live again. According to the Bible, Jesus was buried and then raised from the dead and was seen by those carrying the written Word, witnesses to this fact. Those who follow Jesus are not allowed to keep his bones because they believe that he will come back to earth and live among them. Only the faithful, who believe in his resurrection, keep his bones.